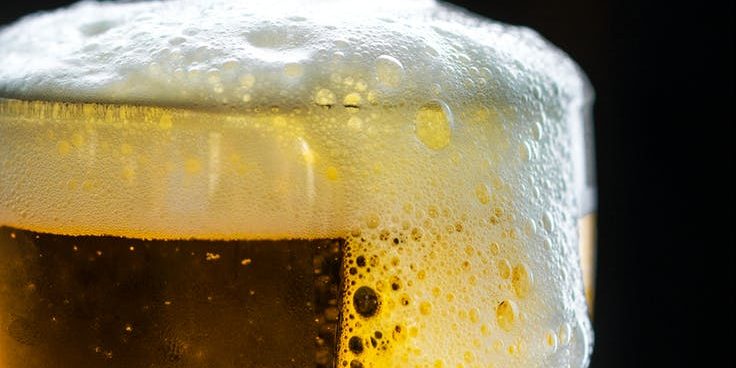 It was a quiet Sunday afternoon at Whitesbeach Guesthouse a few weeks back, and Stephen and Claudia decided to capitalize on the free time by taking us all out for a nice lunch. Where do you bring three 10-and-under children, your two 20-something backpackers and yourselves to ensure everyone will come away satisfied? If you’re in the Geelong region, the perfect answer might be Little Creatures Brewery.

We’d all heard good things about the brewery, which opened in the old Valley Worsted Mills building in December 2013, but none of our party knew what to expect. I don’t think any of us expected a block party, but that’s what was underway the afternoon we turned up.

Walking through the alleyway towards the Little Creatures restaurant, we were greeted by a large crowd of people all hanging around sipping beers at outdoor tables and porch swings, kids running in between our legs. Inside the door a dapper man swung a tray of complimentary sampler beers in our direction. I grabbed one in a daze while trying to take in my surroundings.

We were in a spacious warehouse, converted into a quaint, old-fashioned dining hall. In its heyday, the Valley Worsted Mills had been a textile mill and a centre point to the Geelong community, with much of the town, sometimes whole families, employed there. Today, the Little Creatures world fits perfectly into the shell of the old building. The canteen, formerly the Cloth Finishing room, has been refurbished largely through recycled material. Shipping containers and timber found inside the dining hall were all part of the moving process from Little Creature’s flagship brewery in Freemantle. On the white weathered walls hung colourful flower paintings and vintage floral tapestries, for seating there were cafeteria-style wooden tables and oversized booths painted lime green and blue, and “creatures” (brewery staff) flitted around in garb reminiscent of the 30’s and 40’s.

There was a large sand pit in the back of the restaurant for kids to tromp around in, and, for the occasion, an entertainer in a plaid blazer wandered around offering up balloon animals and blowing giant bubbles for the gaggle of children hanging around his feet. Later, diners were entertained by a vintage fully equipped one-man band. While the kids were off playing the adults were working on another tray of samplers. Everyone was in their happy place.

Throughout lunch we each sipped on larger versions of our favourites, ranging from the I.P.A to the White Rabbit Dark Ale, to Roger’s Amber Ale. Everything on the menu pairs perfectly with beer. Pizzas, a variety of hot dogs, sandwiches and salads: the food is simple, shareable, and quick to arrive. The girls ordered the roast cauliflower, pumpkin, spinach, hazelnut and goat’s cheese salad (yum!!), while the boys went for the pulled pork sliders and the bratwurst with caramelized onions, salsa verde, and gruyere. There is a kids menu available, too. Round that off with some warm cinnamon donuts for dessert, and I think everyone in our group left more than satisfied.

At Little Creatures the staff are extremely knowledgeable and friendly, the atmosphere is unpretentious, and kids can run free while parents relax, worry-free, over a nice meal. If you go, I can’t promise a block party, but I will say that a Sunday afternoon at the brewery (preferably followed by naps for all) is an afternoon well spent.